Workers unite! (So you can become capitalists)

The number of employee-owned business is growing by about 10 percent each year in America -- the spiritual home of capitalism -- but that doesn't mean the country is turning communist. 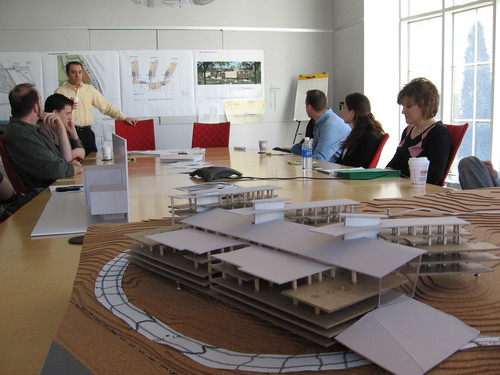 A conference room at JCJ Architecture. The firm became fully owned by its employees this year. The number of worker-owned businesses in the U.S. is growng by about 10 percent each year.

The National Center for Employee Ownership says there can be big benefits for a business owned by the people who work for it -- so-called ESOP's, or firms with Employee Stock Ownership Plans.

"There are tax benefits for owners to sell to their workers, and workers get good retirement packages from ESOPs as owners," said Loren Rodgers, executive director of the NCEO.

"The numbers are increasing because people are worried about their retirement," she said.

In 1999, there were 9,400 firms with employee stock ownership plans. Currently, there are at least 11,500 such firms with assets totaling $400 billion and employing some 13 million people, according to the NCEO.