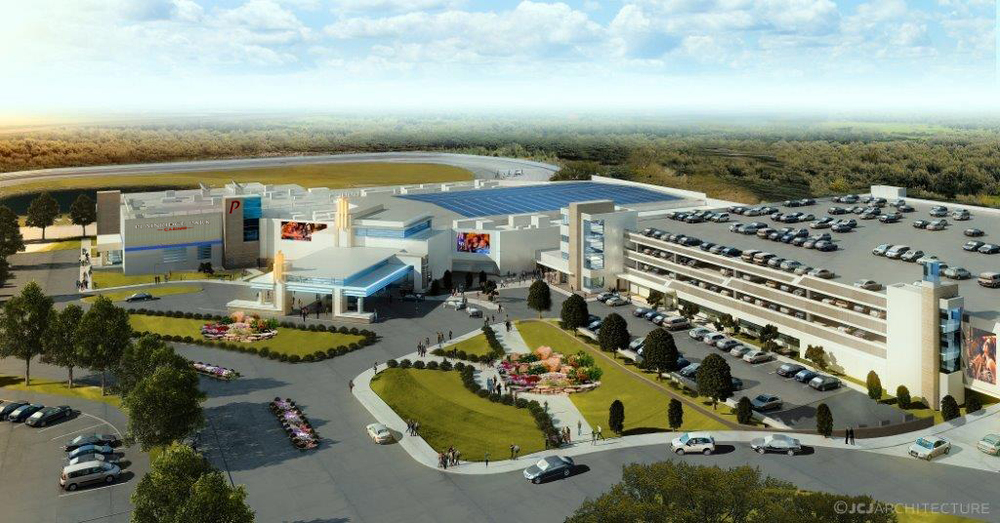 JCJ helps kick-off casino gambling in MA with the completion and successful launch of the first gaming property to open in the Commonwealth of Massachusetts.

Boston, Mass., - June 24, 2015 – JCJ Architecture announces the completion of the Commonwealth’s first gaming property at Plainridge Park Casino in Plainville, Massachusetts. Working with the owner, Penn National Gaming, and other project partners including Turner Construction Company, the team was able to design, construct and open the $250 million facility ahead of other gaming developments that are scheduled to open in 2017 and 2018.

JCJ Architecture has been working with the previous owners of Plainridge since 2009 in support of that group’s efforts to open a casino at Plainridge Racecourse. In 2013, Penn National purchased Plainridge Racecourse conditioned on securing a gaming license from the Commonwealth. Following the project’s approval at local referendum in 2013 and then award by the Massachusetts Gaming Commission of the single slot-machine parlor license in February of 2014, Penn National and the project team moved forward with all speed to meet the objective of opening in June of 2015.

The expanded racing and gaming facility features 44,000 square feet of gaming with 1,500 gaming positions including slot machines and electronic table games, and live and simulcast horse racing. Other amenities include live music, upscale casual dining at Slack’s Oyster House and Grill, the first-ever Doug Flutie Sports Bar and 1000 spaces in the convenient brightly-lit parking garage and. JCJ’s design incorporates a number of sustainable-design features including broad array of photo-voltaic panels and the project is on-track to be LEED Gold certified.

JCJ Architecture’s President, Peter Stevens, attended opening day festivities and commented on the crowds. “We were pleased continue our work at the Plainridge site and to work with the professionals at Penn National. Today, it is especially gratifying to see a capacity crowd as well as a line out the door. The expectation is that they will exceed the goal of 10,000 visitors in the first 12 hours of operation.”

Plainridge Park Casino is now in full operation and open 7 days a week, 24 hours a day.

Founded in 1936, JCJ has offices in Atlanta, Boston, Hartford, New York, Phoenix and San Diego. The firm is recognized nationally as one of the country’s most respected architecture firms, providing clients with comprehensive planning, programming, architectural and interior design, project management and construction administration services. With a long-standing reputation for creativity, excellence and business acumen, JCJ Architecture works across a broad range of building types including gaming, hospitality, civic, and K-12 and higher education.